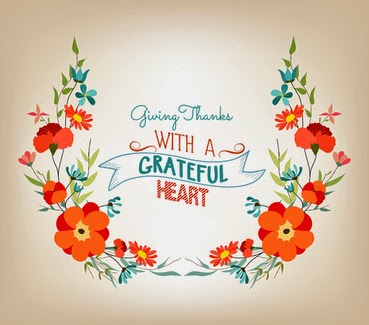 At this time of year, our thoughts turn toward thankfulness. And that's a good thing.

All month, friends have been posting on Facebook and Twitter about the things they're thankful for. It's cool to have a month to do that. To focus our attention on "being" thankful. But, really, thankfulness is far more than speaking the words "thank you," although the sentiment needs to be said. It's more than taking a month to list the things we're thankful for, and yet, it's great to acknowledge the people and blessings you appreciate. I believe thankfulness is a deeper expression of what's in our hearts. It's a pouring out of what we have inside. Someone mentioned the other day that thankfulness is our "faith in action." And, I like that.

God did so much for us by sending Jesus, for taking away our guilt and shame, for saving our families, for giving us the hope we have, that our hearts should overflow with an abundance of thankfulness. Like a cup of coffee when someone bumps into it and it sloshes on the counter, so our lives, if "bumped into," should ooze thankfulness, a bi-product of love. Hopefully, that's what others will see.

Too often we get filled to the brim with stuff. Chores. Work. Pressures. Our need to be right or have our wishes fulfilled. Entertainment. We get caught up in the "affairs of this life" way too easily. Oh, yes, those fingers are pointing at me too. I forget how fast this life is passing. A fog that will dissipate way too soon. I want my life to count for the good stuff. Is thankfulness a part of who I am?

Instead of being stressed over dinner plans and baking and cleaning the house this Thanksgiving, let's take time to consider the condition of our hearts and what's inside. Is it love? Goodness? Mercy? Thankfulness?

May genuine thankfulness be the new love shining from us. Not just during the days leading up to and including Thanksgiving. But every single day. 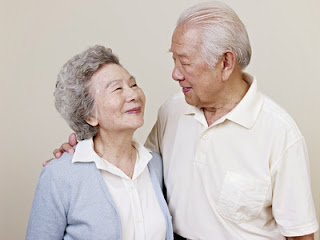 In my WIP, April's Storm, April wishes her preacher-husband would glance across the wedding attendees and catch her eye, notice her, send her a silent message with a sizzling look. But she realizes, Chad, the twenty-four-hours-a-day-servant guy, would never do that. He's operating in his official capacity at a wedding—she knows this—yet she still longs for him to single her out.

Have you ever wanted that? Have you ever felt a need for your husband to take your hand or kiss your cheek or just let his gaze linger on you an extra moment?

I have. Even after thirty-nine years of marriage, the need for my husband's acknowledgement might come at a less-than-perfect time for him. Still, from across a crowded church or a busy store, if Jason glances my way, it changes the moment between us. It takes such a tiny chunk of time for a husband to remind his wife that he loves her. That he has eyes for her alone. To remind her that when he's done with all the busyness of work or service, he's looking forward to being alone with her. Remember how it was when you were dating? You could stir up all kinds of romantic sparks without saying a word. A glance is surely worth a couple hundred words. It says, "I'm still mad about you. I want you. Let's hold hands. When this meeting's over, I'm going to give you a kiss that'll make your toes curl. I can't wait to hold you in my arms. I'm glad I married you."

For me, that means so much. I can't speak for a guy, but I can guess he likes those special connections too. Let your eyes talk. Tell your husband or wife you're wild about him/her, even from a distance.

Eyes sparkle, glow, shine. Let your eyes radiate love. And those little glances will take on a language of their own that can last a lifetime. 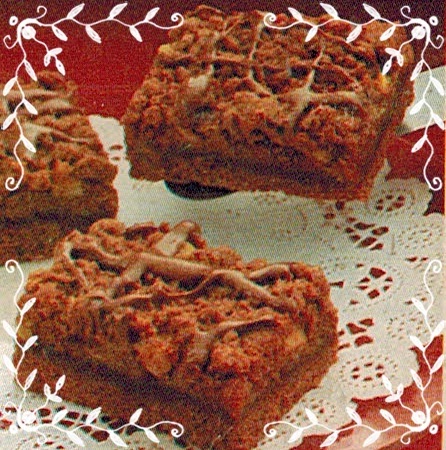 Many years ago, I found this recipe on the back of a Betty Crocker cake mix, and I've made it lots of times since. But I've tweaked it a little as I do most recipes, and the glaze is mine. I have to say, I love chocolate!! I enjoy caramel, but I bet these would be great with melted chocolate instead of caramel. Mmm...

Mix cake mix (dry),  ½ cup butter, and egg until crumbly—or for me, forms a big lump—set aside 1 ½ cups (or about ½ of mix). Press the rest of the mixture in ungreased rectangular pan, 13x9x2 inches. Bake until crust appears dry, 10-12 minutes; cool 10 minutes. Heat ½ cup butter, milk, and caramels over low heat, stirring until caramels are melted. Pour over crust. Spread the reserved mix over the top of the caramel layer.  Bake until top layer appears dry and begins to brown, 25-30 minutes; cool. Drizzle with a chocolate-frosting glaze (below). Loosen edges with spatula, refrigerate until caramel mixture becomes firm, about 1 hour. Cut into bars.

Glaze: Mix powdered sugar (as much as desired, about a cup), a little hot chocolate mix (dry—a tsp, or to taste), and a teaspoon of peanut butter with a little hot water until desired consistency. Dribble over chocolate layer. Mm-good.

Take an insightful journey into deeper relationship with God through the biblical names of God. Beginning in Babel and ending with a burning Babylon, The Name Quest builds faith and encourages spiritual growth. The names of God are like a rainbow—each name expresses part of the spectrum of the character and attributes of God. God is a personality with a multifaceted character too integrated and dynamic to compartmentalize. God’s names are best examined in clusters, around common themes. So that is how the chapters are organized. Along the way, the author tenderly answers tough questions: Which of the Hebrew names of God is His personal name—Yahweh or Jehovah? What does it mean to pray in Jesus’ name? How can we relate to the Holy God and the Judge? Why is a God of love called the “Jealous God”? What does it mean to call Jesus the Messiah? The Name Quest mentions all the names of God in the Bible while explaining their significance in ordinary language. The author weaves together fifteen years of Bible study research with plentiful illustrations and humorous anecdotes. These include lessons learned as a pastor on a Caribbean island. A visit to a Welsh hill farm introduces a chapter about the Good Shepherd. The story of a Hungarian political prisoner illustrates the meaning of Immanuel (or is it Emmanuel?) A rescue from the slopes of an active volcano helps explain salvation and the meaning of Jesus’ Hebrew name, Yeshua. Even the clever advertisement on a packet of potato chips offers a lesson about how to grow in faith in God. Unlike chasing rainbows, the spiritual journey has an end. The Name Quest is a road map for every Christian’s spiritual journey and it points to the destination—being formed into the image of Jesus Christ. Start exploring!


LINK to KINDLE | LINK to PAPERBACK | LINK to HARDCOVER

John Avery is the author of "The Name Quest – explore the names of God to grow in faith and get to know Him better" (Morgan James Publishing, 2014). He is a trained teacher with over thirty years experience as a Bible teaching pastor, small group leader, and missionary. He has lived in England, Israel, Africa, and the Caribbean, ministering with Youth With A Mission (YWAM) and local churches. He and his wife, Janet, now make their home in Oregon. John likes to hike, snowshoe, and cross country ski. John writes a regular Bible devotional on www.BibleMaturity.com and maintains a comprehensive resource for all the names of God at www.NamesForGod.net.

Enter below to enter a $50 Amazon gift card, sponsored by author John Avery! a Rafflecopter giveaway This book blast is hosted by Crossreads. We would like to send out a special THANK YOU to all of the CrossReads book blast bloggers!
Posted by Mary E Hanks at 9:21 AM No comments: 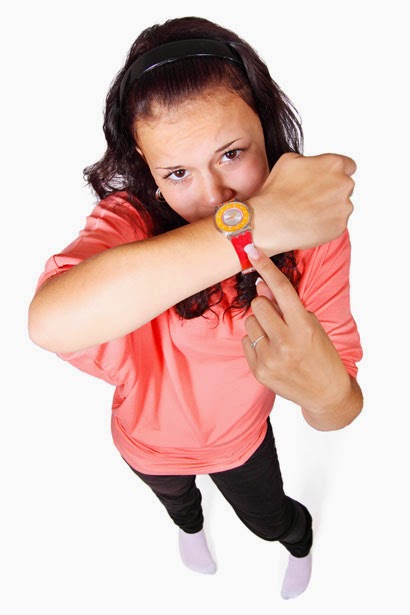 A deadline makes you work faster and crazier than ever. It adds stress and clarity to your job. And, it's exciting. You only have so many days, hours, or minutes to accomplish a thing, sort of a race against time. A real deadline keeps you on your toes, possibly till the last minute.

That's where I was at Friday night.

Could I finish everything? I still had many hours of work ahead of me. But being stubborn by nature, I knew I could do it if I stuck to the plan. I had to!

My deadline was November 1st. With twelve beta readers waiting to test April's Storm, (due to release in January) I needed to finish the editing I'd been working on and format it into e-book so I could send it out to them. For two weeks, I'd been staying up till one-ish in the morning, burning the proverbial midnight oil, working through edits, pushing myself. Getting up and starting at it again, day after day.

On that last night, October 31st, I determined to push through, no matter what it took. I'd hardly eaten. I forgot the 20/20/20 rule the optometrist told me to follow—every twenty minutes look at something twenty feet away for twenty seconds. Instead, I stared at the computer hour after grueling hour. Maybe, next time, I'll follow his rule, but that day, nothing was going to hinder me. I was fighting deadline doubts and was determined to overcome.

Feeling the fires of adrenaline as I neared the finish line, I kept working. Formatting never turns out as cleanly as I'd like it to the first time, so I had fixings and re-uploads to accomplish. But, finally, at two in the morning, I'd finished almost everything I'd planned to do. Only sending the files remained. Something I could do when I woke up. Thinking I should get some sleep, or be super cranky the next day, I lay down to rest. But my eyes refused to stay closed. My mind whirred with that one last thing I should have done. Why didn't I just send those files? How could I sleep with such a big accomplishment—I've been working on this book for a year—hanging over my head? I couldn't. So . . . I hopped up, threw my sweatshirt back on, hobbled in the dark to my computer, and sent those large files one by one via email (over my very slow internet server.) But it was thrilling! Other than the editor and my critique partner, people were finally going to read my entire story.

Following five hours of sleep, I got up and felt a little blurry all day. But I was delirious with joy for having reached my goal. In a couple of months, I'll be right back there again, fighting the giant of doubt as I tackle formatting and publishing issues. But for now, I can cheer and pat myself on the back, and thank God for His help. I tackled a deadline and won! 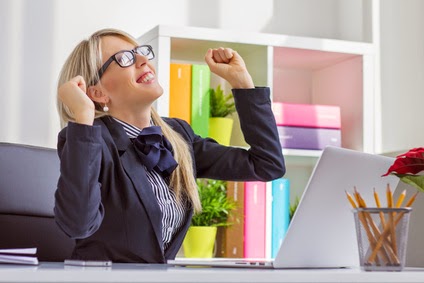