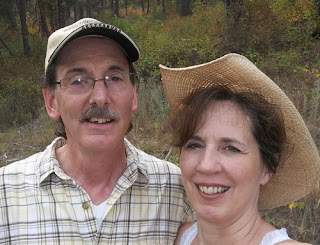 I met Jason at church when I was fifteen. I loved his smile and his beautiful green eyes. The first time he sat next to me on the pew was one of the best days of my life. We started dating, which really meant going to church—thanks to four services a week—or sitting around my house, talking.
The problem with our relationship was that I was young. I got my first kiss on my sixteenth birthday. And five-and-a-half months later, Jason asked me to marry him—he was a whopping nineteen. There wasn't any fanfare. No billboard proposal, diamond ring, or audience. Just two people who felt the rest of their lives would be better with each other.
The biggest challenge ahead of us was facing my mom. I was sixteen, the only girl in the family. And though she liked Jason and said we could eventually marry, we had to wait since I was so young—unless God showed her differently.
Hallelujah for the “unless.” Being young and full of believing in the impossible, we knew God could surely do that exact thing.
The Lord often revealed things to my mom in dreams—words of wisdom, a baby's gender before it was born, etc. Jason, on the other hand, would have an impression, where something came to his mind strongly, and he would recognize that as God speaking to him.
One day, he told me, “God showed me the date we're supposed to get married.”
Hurray! I was so excited. And I knew if the Lord could show him the date, surely He would show my mom too.
Jason wrote the information on a piece of paper and put it in a sealed envelope, and we waited for God to finish the work.
One morning a couple of weeks later, my mom told me she'd had a dream. In her night thoughts, she was decorating a wedding cake and had written a date on the top. She didn't tell me what it was, but she wrote the month and day on a piece of paper and put it in an envelope.
And a “reveal” was planned.

It was a little scary, but mostly exciting, as I waited to see how it would all turn out. Would the dates match? If they were different, which one would be the right one? (Shame on me for doubting, huh?) With smiles and eager anticipation, my mom and Jason opened the other person's envelope. Alas, each paper read “August 9th.”
We had our miracle!
We did a bunch of whooping and hugging and praising God. My dream of getting married right away was coming true.
A month later, when August 9th rolled around, I was a young bride, barely seventeen. We were just two kids facing a big world, but we were choosing to spend our lives with each other, for better or for worse. And that's what we've done.
Here's a song Jason wrote, and we sang at our wedding:
Jesus, we know that we need You.
Jesus, we know You are King.
Go with us throughout life's journey,
And make us a vessel for Thee.
And that could be the end of our happily-ever-after story about the date. But to add to the fun, sixteen years later, on August 9th, our youngest son was born, which was a really sweet anniversary gift. And then, thirty-nine years from our wedding day, our oldest son chose to marry on that date. How cool is that? We have an ongoing family joke that all weddings and special events should happen then, also.
In a couple of days, Jason and I will be celebrating our 40th anniversary. Some thought we'd never make it—and didn't mind telling us so—especially since I was so young. But God had a good plan for our lives. Four days ago, while hiking on our mountain, I asked Jason to marry me, and he said “yes.” Yay!! We would do it all over again, if given the chance.


I'm so pleased God gave us our own wedding miracle, our promise of His love and care for us through the years. And, hey, I got to marry the tall boy with the beautiful green eyes. Here's to forty more!