Excitement. That’s what Jaycee has been saving for since high school. With plans to leave rural Twain, Georgia, the “to where” and the “to what” have been the only questions stopping her. Will her intentions change when Dash Matheson pulls her wandering heart in his direction? Feel the summer heat of the Fourth of July in this southern series as Jaycee finds love. (Volume I, Summer of a four part short story series under the Faith, Love, and Fried Chicken title.)

Faith, Love, and Fried Chicken: Volume II, Fall (Serial Novel)   99-Cents!
Volume II, It's autumn in Twain, Georgia. Jaycee has herself a new job and with it, a new problem. Is it something bug spray can fix? Dash is struggling with more than just the reality of the pain from his injury. Could Jaycee be hiding something from him? The pumpkins are ripe on the vine and the pecans are ready to be shelled. Come spend Thanksgiving week in this southern series as Jaycee finds love. A four part serial novel under the Faith, Love, and Fried Chicken title. Volume III, Winter coming December 2013. Volume IV, Spring coming March 2014.

Laura J. Marshall is a full-time mother of five boys and part-time writer and blogger. She operates a popular blog called The Old Stone Wall which hosts and promotes Christian Authors and encourages interaction between readers and authors. Laura writes Christian Romantic fiction and the best-selling Battle Cry Devotional Series. You can find out more about Laura and her other books online at LauraJMarshall.com
Follow Laura J. Marshall
Website | Facebook | Twitter

Enter below to enter a $50 amazon gift card, sponsored by author Laura J. Marshall! a Rafflecopter giveaway This book blast is hosted by Crossreads. We would like to send out a special THANK YOU to all of the CrossReads book blast bloggers!
Posted by Mary E Hanks at 9:30 AM No comments:

The Story Behind The Beloved Daughter 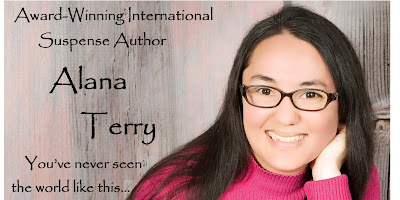 I couldn’t tell you exactly why, but I’ve been intrigued by stories of religious persecution since I was a teenager. I won’t argue with you if you come back and tell me that it’s morbid, but I’m encouraged by accounts of people who remain faithful in the face of intense opposition.

I think for a while in my teen and young adult years, I had some kind of martyr complex. I imagined moving to another country and helping victims of religious violence find hope and courage. I pictured myself risking health, comfort, imprisonment, maybe even my own life, to help bring comfort and hope to others.

Then I became a mother. As soon as I felt that little child swimming around in my womb, I began to have second thoughts about my grand life “goals.” Maternal instinct battled compassionate zeal. Sure I wanted to help save the world. But only if I could keep my child safe!

For a while I felt guilty about my shift in mindset. And a little scared too. For years, I had assumed that I could withstand just about whatever opposition came my way. I’d be like those heroes in the persecution stories I liked to read. Nothing would make me waver in my faith.

Unless my child was threatened…

What would I do if someone held my child hostage? Wouldn’t I do whatever I could to protect them, no matter what “sacrifices” of faith that entailed? I read stories of parents who had to choose between their religion and their children’s safety. I had nightmares. What could a mother do faced with that kind of a dilemma?

The nightmares kept coming, until one day I decided my subconscious was telling me something. I needed to explore these issues more. I needed to figure out what happens in a parent’s soul when their child is put in danger by their own religious beliefs. I was familiar with instances of religious persecution in North Korea already, probably because the stories there are especially brutal, and so I decided to write a novel set in North Korea that explores the relationship between parental protection and religious fidelity and describes what happens when those two forces can no longer co-exist.

The Beloved Daughter has won awards from the Women of Faith writing contest and the Book Club Network. It also reached #5 in Christian suspense in the kindle store. You can enjoy The Beloved Daughter in a variety of formats, including paperback, ebook, or audiobook  (narrated by four-Audie-award-winning narrator Kathy Garver). 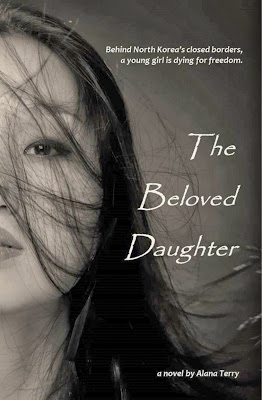 SEE THE EBOOK HERE
﻿
Also, please check out Alana’s Facebook page for a month-long launch party, filled with games and prizes. You can also enter the $100 giveaway below in addition to the Facebook games.
a Rafflecopter giveaway

Tess Roberts may live on Martha’s Vineyard, vacation spot for movie stars and presidents, but the Island feels anything but idyllic. Tess has had it with lousy dates, lying, cheating men, and the rules that forbid her from working on her family’s centuries-old schooner, Shenandoah. Lucky for Tess, she knows a secret—the Shenandoah has magical powers. Her best friend, Rebecca O’Neill, once stayed in Cabin 8 and discovered a time portal that transported her to 1775. A month after Rebecca’s “disappearance,” Tess’s father, brother, and Shenandoah’s annoying first mate, Hawk, plan to shut down the time travel for good by dismantling the cabin. But what if Rebecca might someday need to come home? What if Tess isn’t ready to say goodbye forever? Sneaking onto the ship late at night, Tess slips into Cabin 8 and drifts off to sleep. She wakes anchored off the New England coast amidst the American Revolution in 1776. The British frigate HMS Greyhound has seized Shenandoah and taken the crew, cargo, and all onboard hostage. To make matters worse, Hawk is relentlessly tracking her, determined to bring her back to the twenty-first century against her will. Sparks begin to fly, from more than cannonballs and gunpowder….

Lisa Belcastro lives with her family on Martha’s Vineyard. She was inspired to write the Winds of Change trilogy while chaperoning two Tisbury School summer sails aboard the schooner Shenandoah with her daughter, Kayla. The weeklong adventure, sans electricity, Game Boys, iPods and modern conveniences, kindled her imagination to dream of an altogether different voyage. Lisa currently writes the cuisine column for Vineyard Style magazine. She has worked as a staff and freelance reporter and photographer for The Chronicle of the Horse and as assistant editor at The Blue Ridge Leader. She has written articles for USA Today, Dressage (London), USA WEEKEND Magazine, The Blue Ridge Leader and Sidelines. Lisa co-authored and edited two non-fiction books, American Horses in Sport 1987 and American Horses in Sport 1988. When she’s not at her desk, Lisa is living in paradise, volunteering at her daughter’s school, serving in her church community, planting and weeding her numerous gardens, trying to run a marathon a month or walking the beach with her husband looking for sea glass.

Enter below to enter a $50 amazon gift card, sponsored by author Lisa Belcastro!
a Rafflecopter giveaway
This book blast is hosted by Crossreads. We would like to send out a special THANK YOU to all of the CrossReads book blast bloggers!
Posted by Mary E Hanks at 9:07 AM No comments: 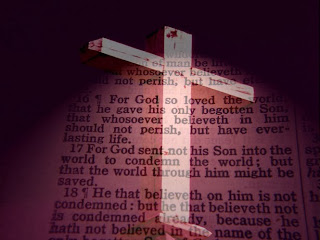 Every single day we choose to believe or not. By our actions, our words, and even our thoughts, picking up a cross and following Jesus is a daily choice.
Even though I made the decision to follow Jesus as my personal savior some forty years ago, every day I decide again. Sure, it's become a way of life. We can go through the motions of Christianity in robotic fashion. I do this because I'm a Christian. I believe this because it's the way I was brought up. This is how my church believes. It's a family tradition.
Are these reasons wrong? Not necessarily. But doing them—just because—is the wrong purpose. Take praying. Why do we pray every day? For me, I like to pray when I first wake up in the morning. But, do I do this simply because I like routine? Am I afraid of forgetting or becoming so busy in my day I have to do it first? Or, is it because I'm in love with Jesus and can't wait to spend time with him?
Each day we get to choose.
Sometimes we don't feel like praying or reading our Bible or doing good things for our neighbor. But it all comes down to choosing. Every day.
Yes, I believe, and because I believe I will...
Posted by Mary E Hanks at 4:15 PM No comments: