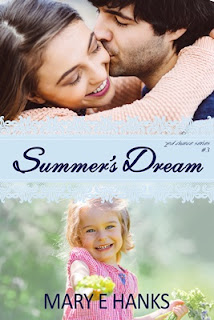 Announcing . . . Summer's Dream (Book 3 in the 2nd Chance Series). I'm excited to share what I've been working on for the last nine months. In the spring, I questioned whether I could write a book and launch it within nine months of another book's release. I know some writers come out with new books every few months. But it was two years between Books 1 and 2 in this series. So, it was an experimental journey for me. I put myself on a schedule that included the book being in the hands of a first reader, a pro-editor, beta readers, and my husband--all at different times, other than the beta readers. And I'm happy to say, it worked! Hallelujah!

Summer dreamed of becoming an artist and painting natural beauty on canvas. But all that changed when she married Joshua Hart, a man carrying a powerful dream of his own. With a temper to match his wild-boy good looks, he stormed out of their marriage to pursue a life as a musician, leaving her alone and, unbeknown to him, pregnant.

Five years later, Summer is busy raising her daughter and managing the family's camp and retreat center in the woods of Eastern Washington. With her artistic dreams all but forgotten, her world turns upside down the day Josh shows up with an offer to help her get the camp ready--and plans for divorce.

Only Josh didn't expect to find a blue-eyed darling who calls him "Daddy" living at Hart's Camp. Not to mention his surprise over the attraction he still feels for Summer Day. Can he make amends for the past? Or is it too late?

My heart is for reconciliation and healing in marriage, and God has inspired me to write about that in books. He is so beautiful to heal our hearts and change us, isn't He? Sometimes the very situation we would consider beyond help, He touches and transforms.

Joy Calkins said this in her endorsement for Summer's Dream:

"As a pastor's wife, I've seen the grace of God work miracles in the lives of many marriages, including my own. Many, if not most of us need 2nd chances, a do over, a mulligan as my husband calls it in golf terms."

Have you ever needed a 2nd chance? A do over? I sure have.
Can God bring life to a dead marriage?

Read what happens to Josh and Summer Day Hart in 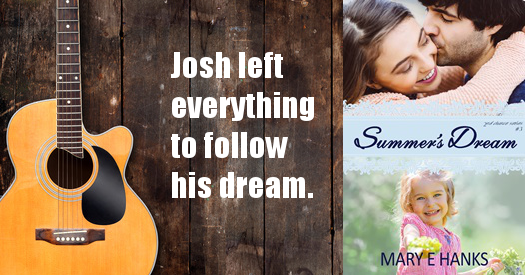 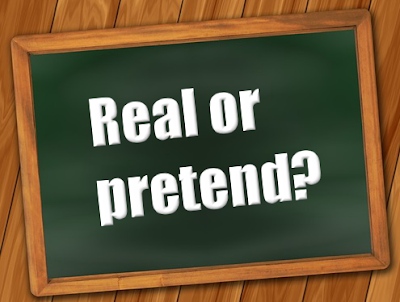 Have you ever wondered if the book you were reading was more truth than fiction? Authors place the disclaimer in the front of the book stating it's fictitious. Yet, sometimes, I wonder. Is it real or pretend?

Then there's my writing.

My husband, brothers, kids may see some of my traits in characters I've written. Are any of my stories autobiographical? No. Definitely not. Huh-uh. No, sir. But how can I not include myself, at least a little bit, in tales that come from my heart? Perhaps, it's kind of like making stew. As authors, we take a little bit of reality, add a dash of half-truths, a pinch of that thing that happened once, and a whole bunch of imagination, and mix it all together, and wa-la! We have a tasty dish that doesn't resemble anything it used to be. It's stirred and heated--for hours and hours--and made into something else. So it is with my real world mixing up with my pretend world. 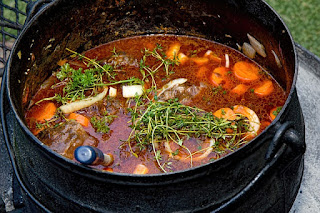 When I'm coaching teenagers for theater, one of the ways I get them to empathize with the character is to imagine a similar experience they've had, and then relate that to the emotions they're portraying. In the same way, I can take myself back to a past situation and ponder the feelings, and use those to dig deeper into the character's personality. I won't write my actual experiences. But some tidbits of my world definitely get stirred up in that other place.

On Tuesday, October 20th, I'm launching my third book in the 2nd Chance Series--Summer's Dream. And I got to thinking and wondering about the things that are actually a part of my story.

Here's me writing Summer's Dream in my backyard earlier this summer: 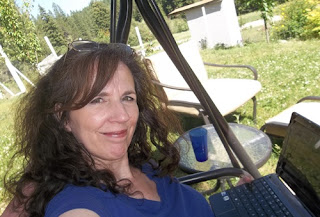 While I don't want to give anything away, here are some of the tidbits that leaped from my real world into my pretend world of Hart's Camp:

There's a blurred line somewhere between an author's real and pretend worlds, isn't there? A friend of mine tells me our experiences are never wasted. As authors, I think that's especially true. We may adjust details and outcomes, but many feelings, situations, and dialogues come straight from real life. And all those emotions and heart-stirring layers make our characters more authentic.

I love it when people talk to me as if my characters are real. And, hey, they are, right?

To read the synopsis for Summer's Dream, visit http://www.maryehanks.com/new.html