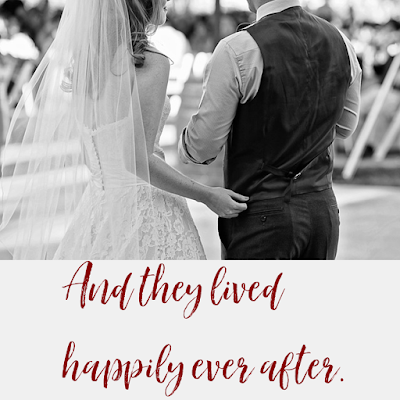 Awww. The movie ends, and we’re left with such dreamy feelings.

“Happily ever after.” Sounds almost perfect, doesn’t it?

Yet I wonder, does that quote sneakily imply when we marry we’ll never have problems? That a wife will meet her husband’s every need? That he’ll keep her happy and free from being sad or lonely for the rest of her life?

In movies, happiness seems to be a deal breaker. Like if they aren’t happy they can walk away. When did happiness become the on-demand ingredient in marriage?

While marriage certainly has its blissful moments, I can guarantee that a husband and wife—being human like me—will err one or two or a bunch of times. Someone will get mad or jealous or irritated. Someone may storm out of the house. Or cry. Or yell. Stuff happens. Hurts will come. But so will forgiveness. Healing. Peace. And reconciliation, if we let it.

“’Til death do us part” is all about being sold on loving our spouse and choosing to remain by his or her side—no matter what. Through thick and thin and all the ups and downs of life, our love and promises hold us together with a magical super glue.

However, no marriage partners get it right all the time.

Jas and I aren’t living “happily” ever after. We’ve had problems. We’ve also experienced crazy joy and love. We are best friends. But we’re still working on some things. We’ve fallen out of love. We’ve also fallen deeply in love with each other—over and over.

In fact, I fell in love with him just a few days before Christmas.

Ever heard of a cuddle chair? It’s a chair that’s narrower than a loveseat, yet wider than a regular recliner, and built for two. By the name, I think you basically have to cuddle in it. 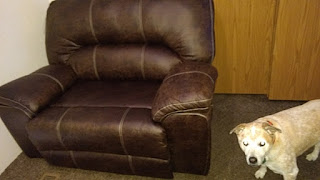 Due to us trying to selling our house, we didn’t have much furniture left in the place. In the evenings we were sitting in uncomfortable office chairs to watch movies, not in our old loveseat like we used to. The arrangement didn’t promote closeness or romantic interactions.

In need of a solution, we went on a furniture hunt. As soon as I spotted the cuddle recliners, I wanted one! We store-hopped for a while, trying out various recliners built for two. Finally, we chose the most comfortable fit for us and brought the new piece home.

We were now able to sit very close. We ate dinner next to each other. We watched movies in the evenings side by side—and sometimes fell asleep there.

Jas had two weeks off for Christmas. Almost from the first day of his vacation he was more relaxed and attentive than he'd been in a long time. Seemed he might just be on the lookout for ways to romance me. And me being the romantic girl I am, my heart melted with the attention! One night, we were sitting on our cuddle chair watching something, and we turned and stared into each other’s eyes—held gazes just like they do in the movies. A cute smile crossed his lips. Romantic sparkles lit his green eyes. I was seeing into the same heart of the man I’d fallen in love with as a teenager.

We closed our eyes and tenderly kissed. There was healing and hope in that moment. For a while, I just gazed at him, loving him all over again. 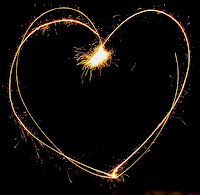 Yep. I think every married couple should buy a cuddle chair. ;)

When was the last time you gazed deeply into your spouse’s eyes and let yourself become vulnerable enough to let him/her peer into yours? How long since you kissed each other like you were eighteen and madly in love? How about having some intentional romance this weekend? Not because it’s Valentine’s week. But because he or she is the love of your life! You both deserve some quality alone time to get to know each other again.

Go on a date. Hold hands. Sit in the car and kiss passionately. And love your life together. Remember, you are so blessed to have each other!

You and I may not live “happily ever after.” But a lot of ever after sure is going to be happy! 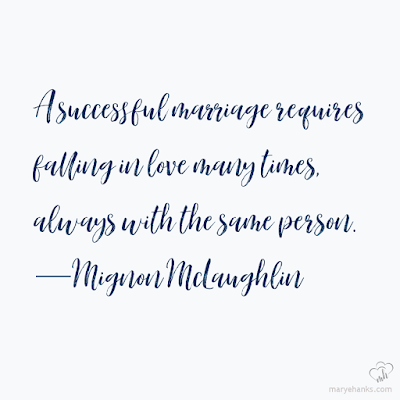 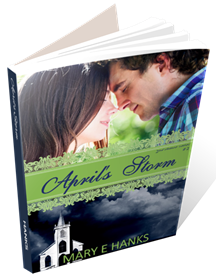 
We all need a second chance sometime.

Ever said something you regret? 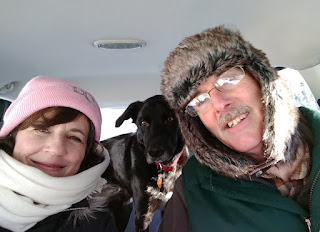 Sharp words burned on Autumn’s tongue, and she didn’t hold them back. “Leave, for all I care.” (Autumn's Break)

As soon as the door closed, she regretted what she'd said. That her husband was leaving was ripping her apart, but mean-spirited words had popped out faster than she could control them.

Ever said something in the heat of the moment that you regret? I have.

After church one day, something really irked me. (I know ... after church, right? How could that happen?) I must admit, I’d been feeling grumpy for a while, and my husband had been edgy—perfect tinder for a fight. I hopped in the car and the first thing out of my mouth reeked of accusation. My normally mild-mannered hubby responded with words that churned in my gut for hours.

You’re probably curious about what I said, and if you’re acquainted with the man I’m married to, you want to know what he said because you know he’s a decent guy.

But let’s just say, we were spitting mad at each other.
More about what we’d been feeling than anything that was said.
Soup simmering on the burner long enough is going to boil over!
And it did. Not in a very Christ-like way either.

With stony faces, we rode in silence the rest of the way home.

Ever been there? Angst roiling in your stomach. Tension thick as mud. Hurts building a brick wall between two people who would die for each other under normal circumstances. But not that day.

At the house, I tromped inside and shoved my feet into hiking boots. Within minutes I was trudging into the woods, ranting. A cougar would have met its match if it dared approach me. Oh I wrestled with troubling thoughts that day!

I bet when we get all riled at our spouse the devil does a victory dance! If he has his way, he’ll break us up. Even he knows the good a husband and wife can do for the kingdom of God if they are living in love and unity and praying together. He wants to ruin that. How foolish I was to listen to him that day. But for a few ugly hours I did.

Of course, I worked off my angst. We apologized right away. Lived happily ever after. (Insert romantic music here.)

Things were icy between us the rest of the day. We barely spoke. Some problems take time to unravel.

I can say ... eventually ... sincere, heartfelt apologies were expressed. Forgiveness was offered and accepted on both sides. But our hearts took a while to mend from our outbursts.

Stuff happens in marriage. In all relationships, for that matter.

Everyone is on a journey, and we never know what struggles a person may be going through. So we should offer lots of grace, right? Seems doubly true for husbands and wives. We don’t fully comprehend everything our sweetheart is experiencing. I don’t know the stress my husband is under at work. What the road conditions were like on the long drive home. What he’s wrestling with inside. He doesn’t know how lonely I’ve been. How much I need for him to come home and talk with me. He doesn’t know my deepest thoughts.

We are human. We make mistakes. I do, for sure!

So let's at least offer our spouse the same kindness we’d extend to friends, family, and coworkers. Then add an extra dose of grace—because, after all, that guy or gal we're married to is the love of our life!

Over the years of our marriage—40+—Jason and I have needed lots of second chances. Maybe a bazillion or so. But that’s okay. We are in this journey of life together. Walking in love most of the time, and offering grace and forgiveness on a daily basis.

How about you? Ever needed a second chance to make things right? 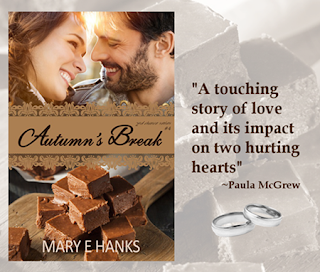 
We all need a second chance sometime.