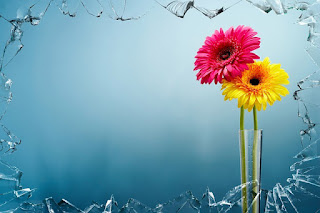 If you don’t like my stories, that's okay!
Not everyone will.
I respect that.

There are books and movies I don’t like.
Some people love what I absolutely dislike.
We all have different things that appeal to us.

Look at a painting in a gallery. 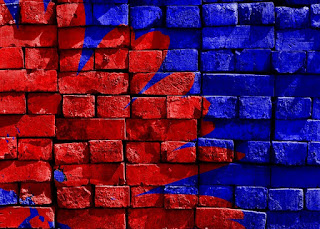 If a hundred people stood in front of the exact picture and offered comments, there would be one hundred views. Some would delight in it. Ooh and aah. They’d say how the lighting was perfect. The colors enchanting. While others would think “blech.” Some would question why the painting was even allowed to hang on the wall.

We ALL have our opinions.

Go to any page on Amazon. In fact, go to the product page of a book or movie you love, and you will see negative reviews. (Of course, there are exceptions.) I always wonder how someone could say such an awful thing about a book or movie I enjoyed.

One of my favorite reconciliation stories is A Time to Dance by Karen Kingsbury. Hallmark recently made this outstanding story of marital healing into a movie, which I’m excited to see. On Amazon, the book has received 257 reviews.

“This is the book that made me love Karen Kingsbury's books.”~5 stars
“This one will not disappoint anyone!”~5 stars

And then ...
“I found this book emotionally exhausting.”~2 stars
“I was appalled by the story line of this book.”~1 star

How can we read the same book and look at it so differently?
I think it comes down to opinions, tastes, expectations, and sunglasses.

Opinion:
I don’t like reading about a married couple going through difficulties.
I like stories about couples finding hope and healing in their relationship.

Taste:
I prefer boy-meets-girl stories. I like the excitement leading up to marriage.
I’m excited to see how God is going to bring hope and healing to a married couple.

Expectation:
I want a simple story of love or adventure. Nothing too deep.
I enjoy a book that challenges me to look at life and my marriage differently.

Sunglasses: We all look at the world through our own past experiences.
I’ve gone through my own tough times. I sure don’t want to read about someone else's.
I relate to hurts and struggles in marriage. I’m encouraged by the characters trusting God and working to make their relationship better.

A friend went through a painful struggle in her marriage. She told me during that difficult time, she searched for books having to do with what she was going through. During my marriage crises, books like the one I mentioned above, A Time to Dance, and Francine Rivers’s And the Shofar Blew encouraged me. 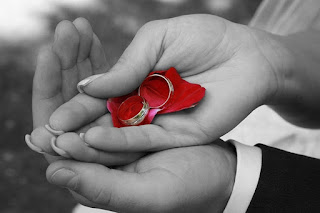 Our journey through life is better because of the uplifting tales we read. So many times I’ve learned something in a marriage-themed book that has made me a better wife ... and person. Stories have uplifted me, challenged me, and spurred me toward a positive change.

But these types of books are not for everyone.
That’s okay.

A lady at church explained why she doesn't read my women's fiction books. As a single, she doesn’t read romantic stories at all. Yet, she continues to ask about my youth-theater stories as a way to encourage me. I appreciate that. And I’d like to say “thank you” to friends and family who don’t care for marriage-themed stories, yet still encourage me as a writer. You are a blessing.

I hope that just because a story has a married couple as main characters, people won’t give it a thumbs down. The world needs to see the love of God in the hearts of married people and families as they work through brokenness and hurts. God is the healer and redeemer. He changes people--and married couples--for the better. I can testify to this.

Stories of healing, redemption, and reconciliation are the kinds of stories I love.
I hope to keep writing and reading them.
Stories should reflect life.
God is a real part of my life.
He's shown up in my desperate hour. He’s walked me through the storms. He’s been the glue in my marriage. He's here for you and me today.

I want to experience more of His hope and healing.
In writing. In life. In second chances.

Confessions of a Mess Maker 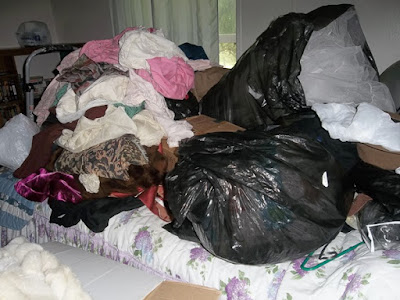 If you opened our guestroom door, this is what you would see.

Am I lazy? Maybe.
A terrible housewife? Possibly.
Putting off the inevitable? Definitely.

Sometimes our lives are messier than we want anyone to know about. We'd rather be seen as happy, (almost) perfect people, parents, Christians, employees, whatever. And then there are our messes.

I have other problems I could confess to, but this is the one on my heart. After a big project, like the conclusion of a production or the release of a book, I suffer with discouragement and depression. I don't know why. It doesn't have anything to do with the project's outcome. The play could have been perfect, the book can have great reviews, and yet I'm plagued with a gut-awful feeling. I'm like the kid who throws a tantrum because she doesn't want the day at Disneyland to end. 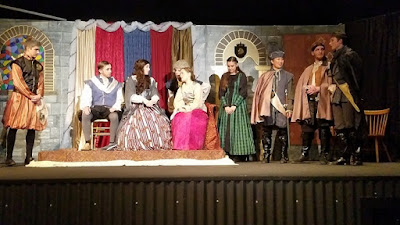 After twenty-seven full stage productions and the release of five books, I've come to realize a few things about myself. I thrive on the high energy leading up to a production. Opening Night is the greatest rush ever. The launch of a book is exposing dreams I've carried in my heart. It's scary, yet thrilling. I'm cautious, yet exhilarated. I want to live on that mountaintop forever, where I feel needed and useful and alive. But I can't stay there. Honestly, I would wear out entirely.

In the weeks leading up to the show or book release, I stay up until one or two every morning, working to reach my deadline. My to-do list is humongous. I'm tense and giddy. But there's nothing like the passion and joy I'm experiencing.

Then it's over.
In one fell swoop, my emotions plummet.
I don't like that place.

Can you relate? If you don't, imagine that time when someone you love gets on the jet to return home and you're left feeling sad and empty. Then multiply those emotions.

A year ago, after a great finale of A Taste of Joy, the high school production I'd written and directed about joy, I had the worst bout of depression--quite the opposite of joy! It was bad enough I seriously considered retiring from theater. The pain didn't seem worth the pleasure. Then, last October, when I released Summer's Dream, I had a similar reaction, although not as intense.

Since my heart's desire is to continue writing and directing--without the emotional struggle--I decided I had to try something different. Without going to a psychologist or turning to medicine, I needed a healthy plan that would work for me.

In my shed, I have over thirty, eighteen-gallon tubs filled with costumes: medieval, '20s, '50s, western. After each show, one of the biggest struggles I have is packing away costumes. I've likened the process to filling a coffin. Now, the costumes are only one aspect of a show, but it's one of the visual steps in helping young people become their character. I've made a lot of the clothes--or else searched many thrift stores for that perfect match--and I have a strong emotional attachment to them.

This year, I talked to my husband and let him know I wasn't going to pack up the costumes right away. In fact, I wouldn't do it until I was sure I could handle it. The day after the final curtain, he and I carried armloads of costumes into the guestroom and shut the door! Thus the picture at the top of this blog. A month past the show our guestroom looked like that. Good thing no guests showed up unexpectedly!

In the evenings I started setting the timer for fifteen minutes, and I'd go in and fold costumes in increments. I made sure to do this when Jason was home, so I wouldn't be facing it alone. I must confess, I haven't packed any tubs yet. It's the next thing on my agenda. Hopefully, I'm far enough removed from the emotions of the show that I can pack things without falling apart. Fortunately, my husband was understanding about the mess. At least I wasn't the mess this time! :) 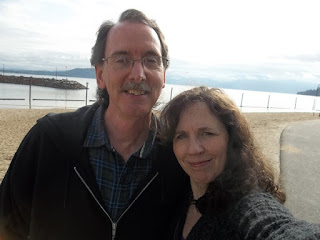 The other thing I did differently was I planned things to do following the cast party. Before my production week, Jason and I talked about taking Monday off and going for a long drive. Starting early that day, we drove into Montana. It was a great time of coming down from the high emotions and talking a lot and seeing new things. We ate breakfast in Sandpoint, Idaho, lunch south of Kalispell, Montana, and dinner back home.

Also, I had another project to look forward to in the following weeks--finishing the editing and formatting for Autumn's Break. Both of those things took my full concentration and helped recapture my dreams.

I'm happy to say, my plan worked. I've had some letdown, but it's been minor. In the past I would never have admitted to being depressed. As a Christian, I like being joyful. But in truth, I was depressed, for a time. Putting off the hardest emotional part has helped me coast. As did making plans in advance of how I would spend the next weeks. 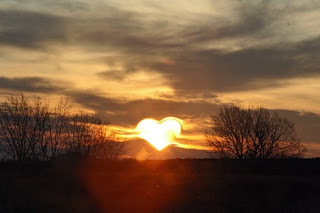 Our lives certainly have messy parts, don't they? But God is our healer. Our restorer. He gives wisdom and grace to help us through the most difficult tasks.

When you're facing something that seems too hard, what helps you get through?